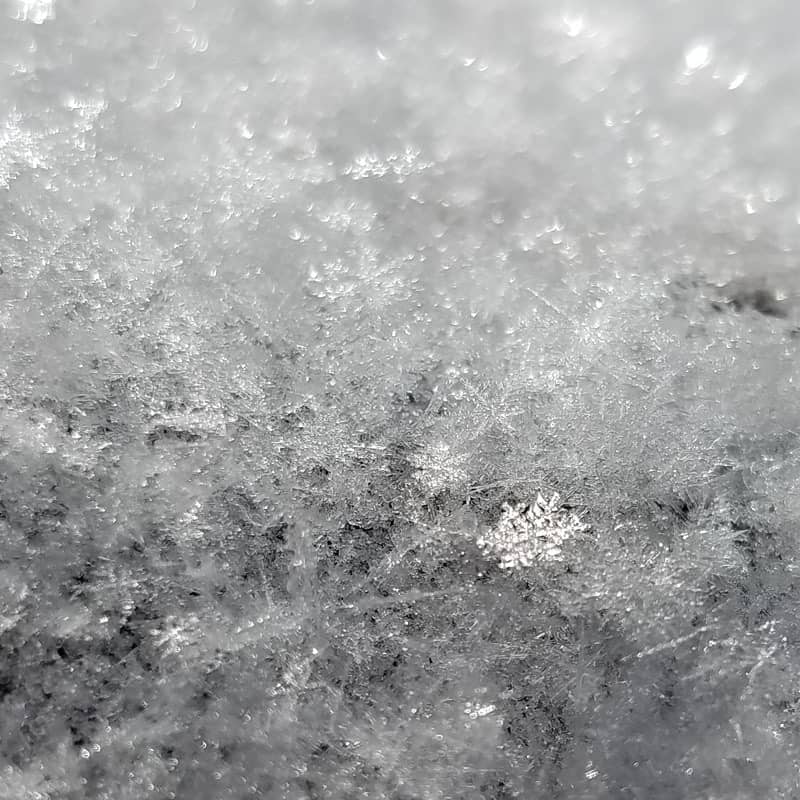 Cell phone shot, but I still was amazed at the clarity of the snowflakes!

Cozy up with your knits and break out your game face, it’s time for this KAL’s pattern prize trivia contest! PM me on Ravelry with your answers – get them all correct and you’ll be entered into a drawing for a pattern from my shop. Entries due by Monday January 29th, 9am EST.

Q1. A bomb cyclone is officially (that is, meteorologically) known as:
A. Duck and cover
B. Explosive cyclogenesis
C. Arctic blasts
D. Cold

Q2. The bomb cyclone that hit Jan 3rd and inspired the KAL was named:
A. Bob
B. Puddles
C. Grayson
D. Snowicane

Q3. True or False: Bombogenesis is another name for a bomb cyclone
A. True
B. False

Q5. What did Carly from Aubrey Ann Sewing Co donate as a prize for the bomb cyclone kal?
A. A puppy
B. A needle holder
C. A project bag
D. A trip to Maine

Q6. True or False: The bomb cyclone hit North Carolina up to Maine, with snow effects felt as far south as Florida.
A. True
B. False

Q7. True or False: Winds reached speeds of 80 mph during the cyclone (in the US).
A. True
B. False

Q8. True or False: The water surge in Boston broke the previous record from 1978.
A. True
B. False