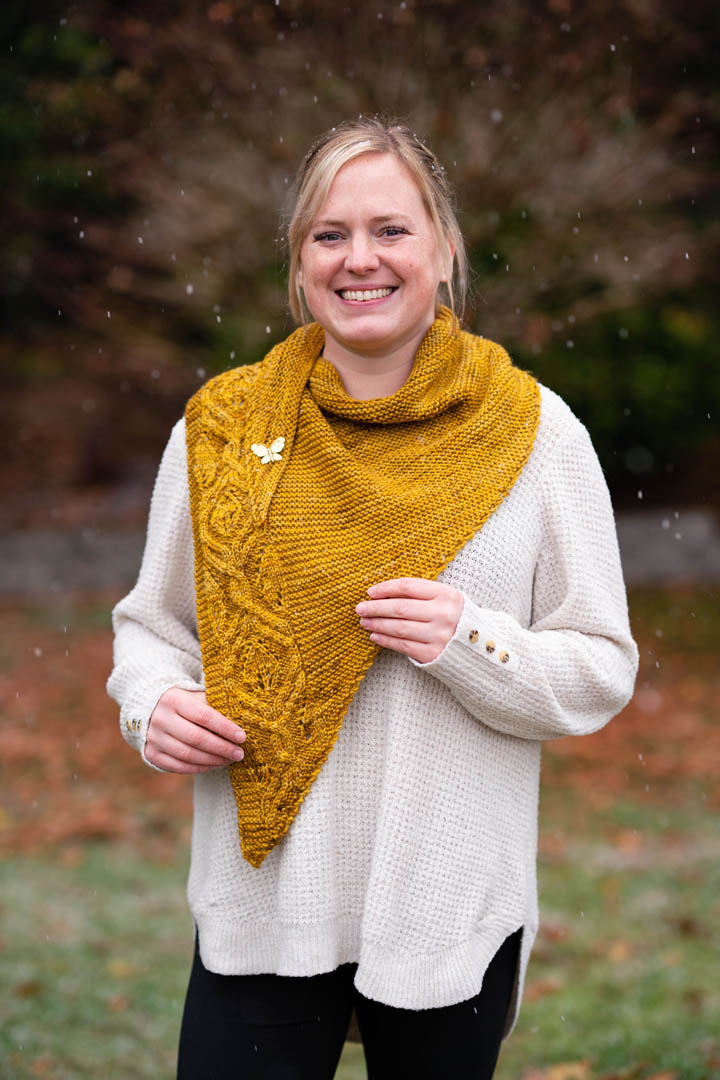 The next release in the Technicolor: Matinee eBook is Calla Lily Wrap by Carol Herman (aka Knit Equals Joy). I love Carol’s blending of highly textured sections with easy sections. Curiously enough we both picked the same pattern from the 4 to use and were both inspired by Katherine Hepburn!

1. Which came first, the movie or the design?

The design came first, based on the stitches our group of designers selected.  My original hope had been to come up with a colorwork design, but our choice of stitches ruled that out.  Once the design became concrete, it led me to think of Bringing Up Baby and other madcap romance/comedies of the 1930’s and ‘40’s.

2. Is your design something to knit while watching a movie?

Except for the cable panel and the increases at the edges, this design is made up of garter stitch, so I would say yes, Calla Lily may be knit while watching a movie if one can spare a bit of attention each row for those two components.

3. Any sneak peeks as to how your little project relates to the big project in the next collection?

Both projects begin with the same cable stitch, but in each, it is tweaked to fit with the rest of the design.  Both projects feature that cable stitch as a panel, but in Calla Lily, it is near the left edge of the wrap, and in the larger design, it forms a center panel.  They were both so delightful to design!

Pick up your copy of Calla Lily Wrap in Technicolor: Matinee
on Payhip |  on Ravelry