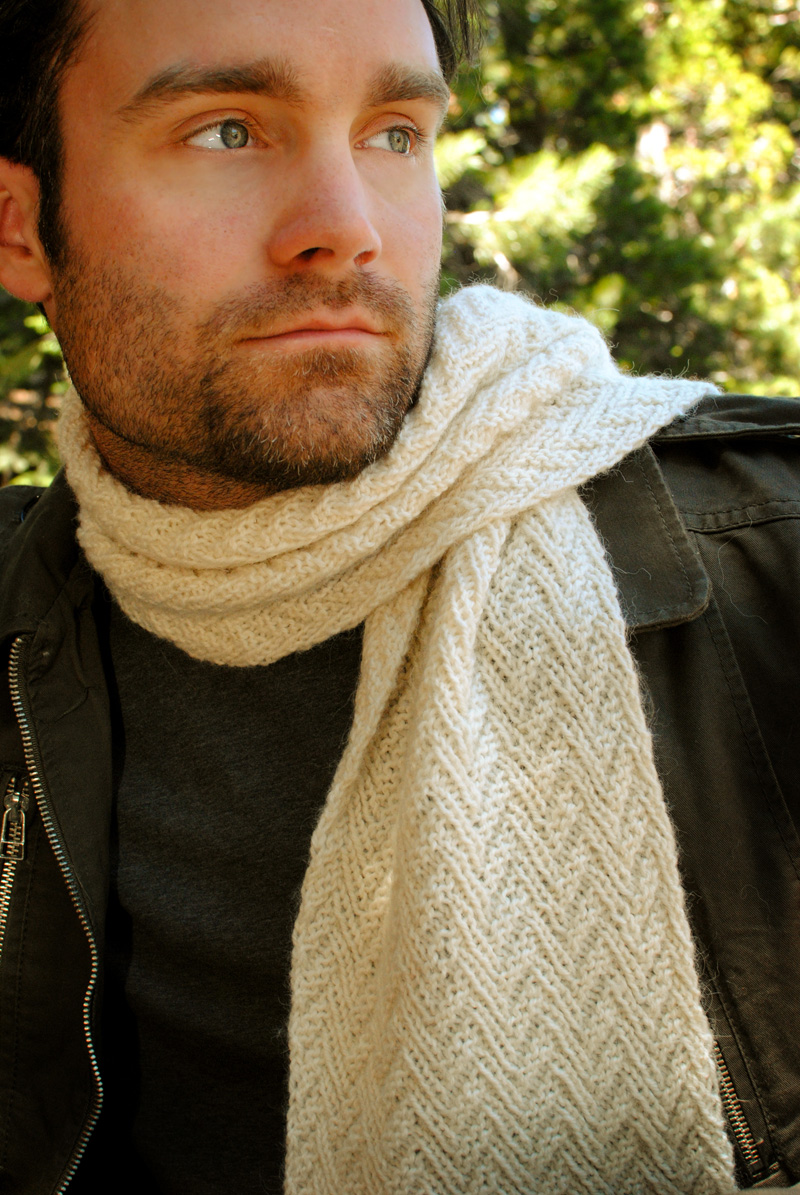 A friend of a friend, internet style. It’s so fun how people meet in this day and age – I meet Christine through an internet friend and maybe one day I’ll meet them both in real life. Innovation is key in Christine’s designs. So for our final GAL interview, let’s see what inspires her to think outside the knitted box!

Q1. I remember you saying once you were a scientist or chemistry person of some sort, but can’t remember which. What is your educational background and how has this influenced your designs?

My day job has been Homeschool Mom for the last 15 years, but I majored in Chemistry with the inevitable minor in mathematics. So, while I make as many dumb spreadsheet errors as anyone else, I’m not nervous about anything mathematical. Spelling and consistency on the other hand…

Especially in organic chemistry you spend a lot of time imagining these tiny things you cannot see and how their geometry effects what they do and why. All that picture thinking has got to help out somewhere.

Q2. Okay, let’s talk ogees… with fascination I read your blog series as you were developing this truly exciting technique! What inspired you to take on the Arabian tiles? How long did the process take to turn from clay to stitches?

It was a total romantic obsession. I saw Arabian Ogees everywhere and wanted to make them.

It must have been 5months total until I could produce a FO, because I did manage to get the blankets to my friend before her twins were born 5 months after the GAL in 2016, but it was a LOT LONGER until I could write the patterns and have both TEs go through the writing. Ugh, that writing process.

But my design development process was: draw a sketch, superimpose a grid on it, turn that into a stitch chart, * make a swatch, then compare the swatch to the original sketch. Use the observed differences to modify the stitch chart. Repeat from * . Whenever I whined to my husband about how long it was taking, he asked what iteration I was on, if it was less than 17 he’s say, “What are you worried about?” Metrics are important, 17 iterations are about what it takes for me to develop new motifs. That’s why I love things that are cousins, like Arabian Ogees and Onion Ogees, you drop the corners and there you are. It was only about 3 iterations from Andalus to Habibi.

I think my fingers got impatient, because I was sitting in the dentist’s office listening to country radio (the dentist’s office is the only place I know of in my bit of New England that plays country) and suddenly I could feel what might work. Of course my yarn was at home, so I had to draw notes to myself about what I was trying, but that was the breakthrough. I’d made two blankets when I realized where the slipped stitches after a short row (instead of a wrap and turn) came from the way one Aran Sweater I made in the ’80’s attached the shoulder strap and knit off the body stitches at the same time.

Q3. You offer both knit and crochet patterns. How does this work from a design point of view? Do you start off with an idea and then see which executes it better or do you start with a technique and let the design idea come?

As you know, getting good sizing numbers and figuring out ease is a bear. Sometimes I’ll make a top down crochet mock up to figure out what shape I’m aiming at, then base my schematic on that. Crochet is a bit less abstract than knitting for mock ups. Once I have a schematic, I use it as much as I can (the shapes in Library Windows Watchcap is the same as the Zigzaggery Hat.) I think of my schematic as a coloring page, and arrange my stitches on it.

Sometimes I notice effects that are visually similar in both knit and crochet and I try to make patterns to highlight that, like in the Half-Moon Mitts. It’s a satisfying challenge, but only one of the twin patterns ever sells well, and it’s hard to predict whether it will be the knit or the crochet one!

Q4. Your Herringbone Parallelogram Scarf is truly cool. How did you come up with the idea to mix geometry with knitting?

I saw the Rib and Welt pattern in a swatch Deborah Newton featured in her Designing Knitwear Book. I was still in college, and looked and looked for pattern instructions for that stitch. when I found it in the Second Treasury of Knitted Patterns I graphed it and tried to play with how to get it to be a herringbone. Then I was too lazy to make it a proper rectangle! The Parallelogram Scarf Pattern had been out for a long time before I finally wrote out the end triangles to give folks a rectangular option. It’s amazing how many people find pointy ends too fancy.

Q5. Do you employ any eco principles in your designs?
I do read your blog to see what the eco issues are, but I’m still a newbie at this! Let’s see how I do on the mnemonic: reduce, I don’t exactly have a stash, I tend to buy yarn for specific projects, though I do get given other people’s stashes; reuse, I darn things, even socks, even commercial socks (if they are wool); recycle, last year I made a blanket out of old submission swatches. Think local; I tend to seek out yarn from North American producers when I can, but that may be because I’m cheap and cringe at shipping costs.

Puddles species to species question: do you have any pets assisting in your designs?
My apartment rental prohibits pets, but my husband and I have time share cats at his work: George the very vocal, friendly, former ally cat, and Cinnamon Fluff the acrobat. They live at his lab, and the company owner goes in on weekends to feed them. My little girl knows the names of all the dogs in the neighborhood and the approximate time they will be walked near our house so she can run out and pet them too. They are like grandchildren, we play with them, but someone else feeds them, walks them and cleans out the litter box!