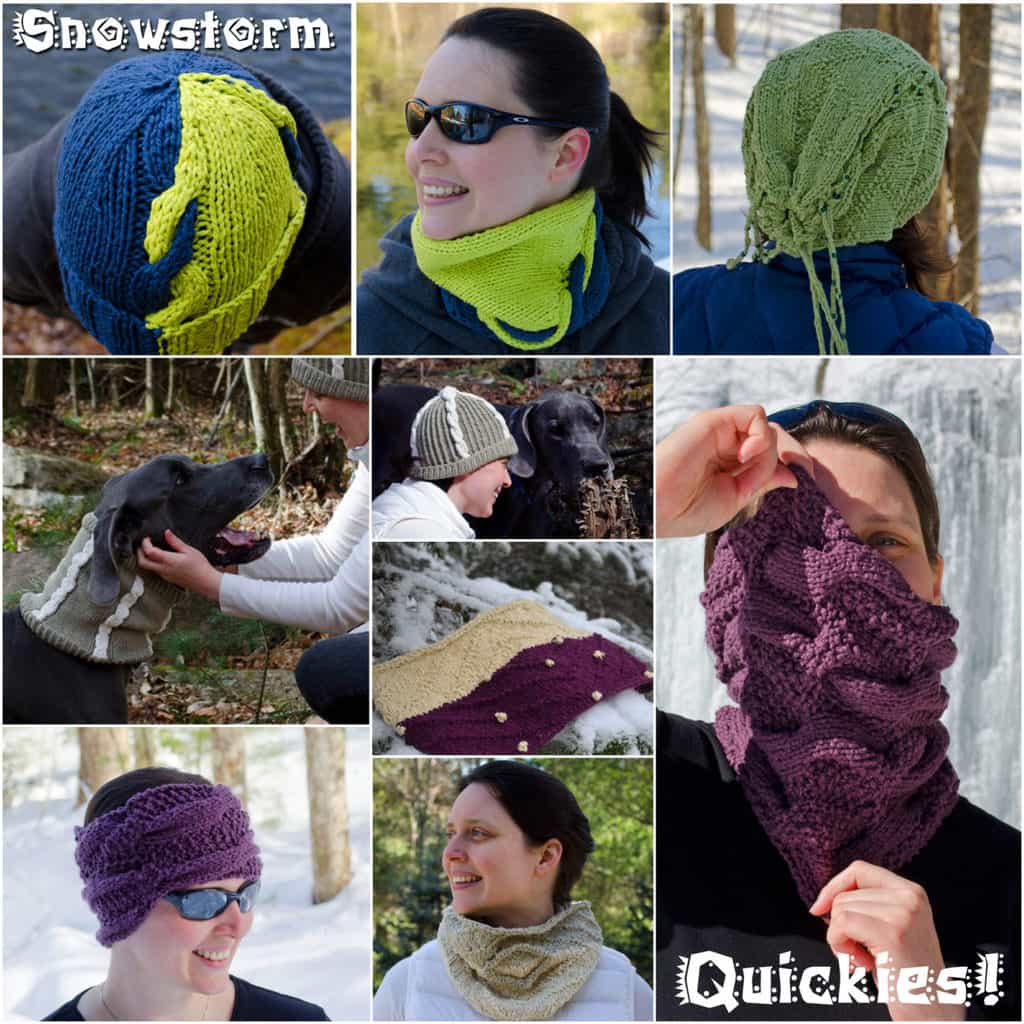 With surprise, shock, and a little disbelief I watched as rain drops turned to white wishes during church this past Sunday morning. As soon as the benediction was prayed, Puddles and I leaped with joy, bundled up, and hit the trails!

With goulashes on my feet (due to the previous rain) and a smile on my face, we trekked through the neighbourhood watching the snow fall on radiant wet autumn leaves.

The contrast between the two icons of the different seasons clashed in stunning beauty!

2 1/2 miles later, our trek came to an end, and the knitting began. We snuggled as I stitched.

A few hours later, I had a FO!

And it was time to hit the trails again… for the climes kept dropping and now the snow was sticking!

Even to this cobweb – how cool is that?

Bundled back up in Arctic Climes, Puddles in his snood, and snow boots this time, we took the back trail for a different view.
I switch to my cell phone camera as this trail is a little steeper and I didn’t want to drop my camera if I fell. Doing so also inspired a conversion from prose to verse ;-)!

Snow on holly bushes nibbled by a fawn!

Snow in the distance where jagged cliffs and trees abound,

while frozen rain drops stick around.

Snow where blackberries used to be,

and on this stump, formerly a tree!