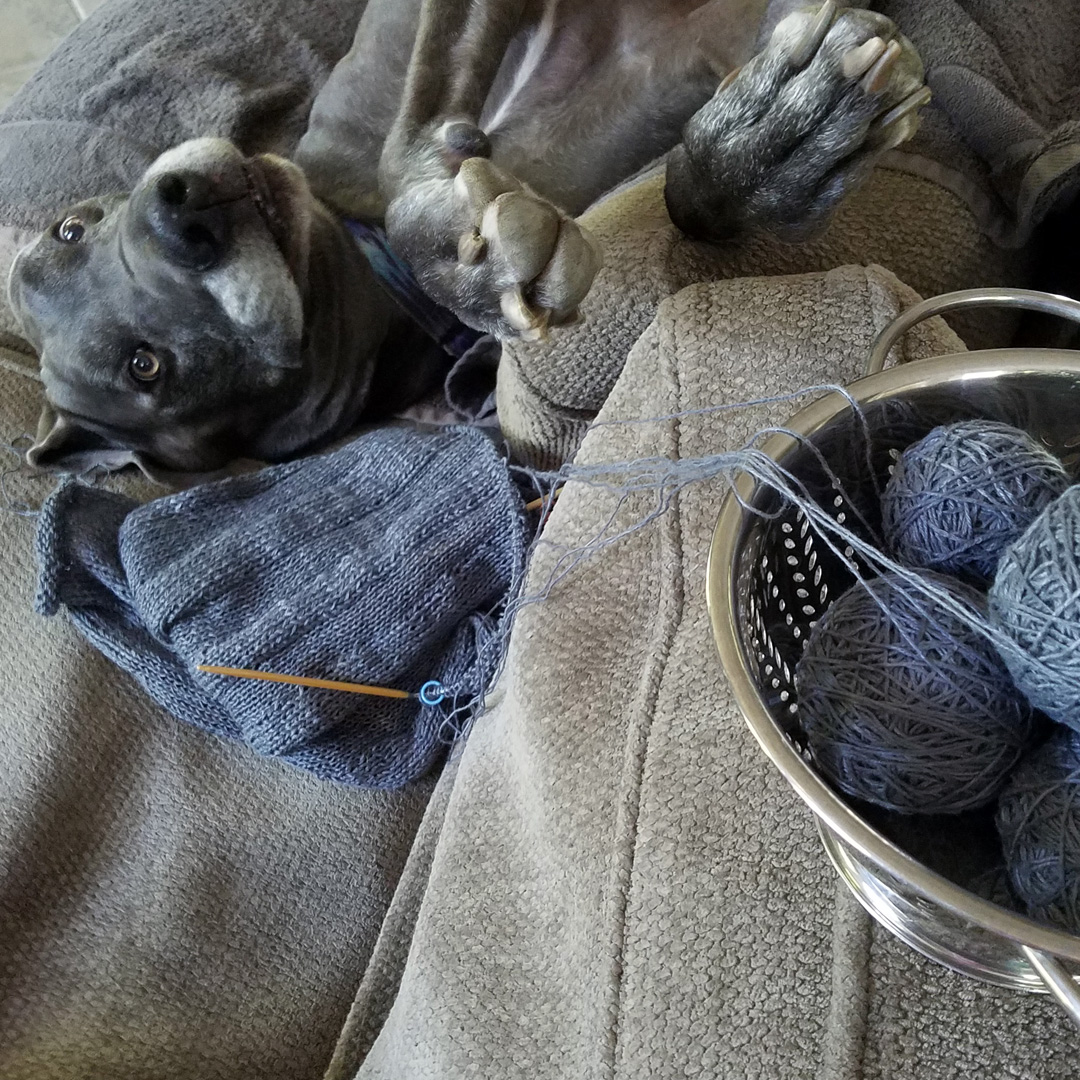 I’ve always wanted to name a design “Prolegomena” so set forth with that intent for this design. However, as I stitched the concept to life, it began to tell a different story.

The more I knit the less it felt like “Prolegomena” and understandably so. Allow me to wax philosophical for a moment. Over the stitches I got to know this pattern deeply. The more I got to know it, the less it felt like a preamble. As I came up with some clever tricks for keeping all those yarn balls organized in a Dane loving house, I realized a new pattern was developing. 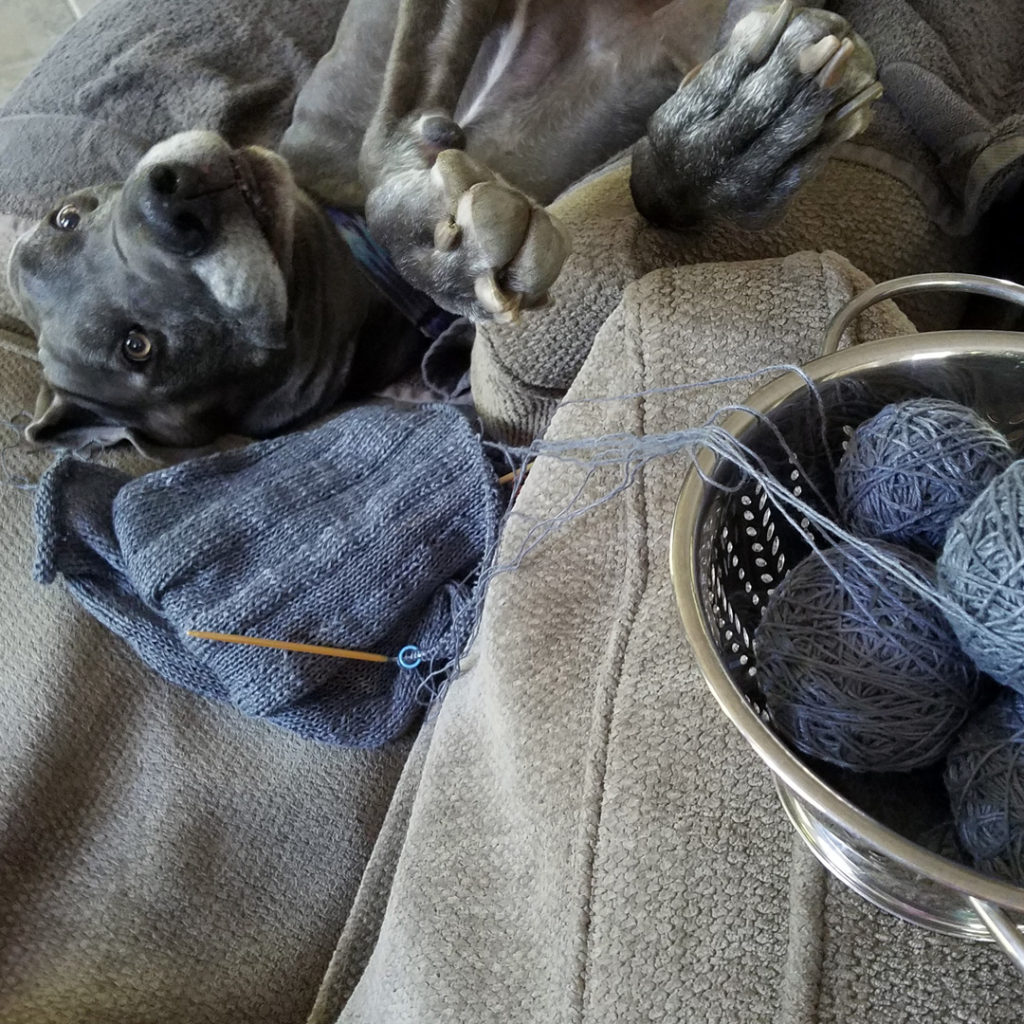 Don’t even think about moving that paw, Puddles! 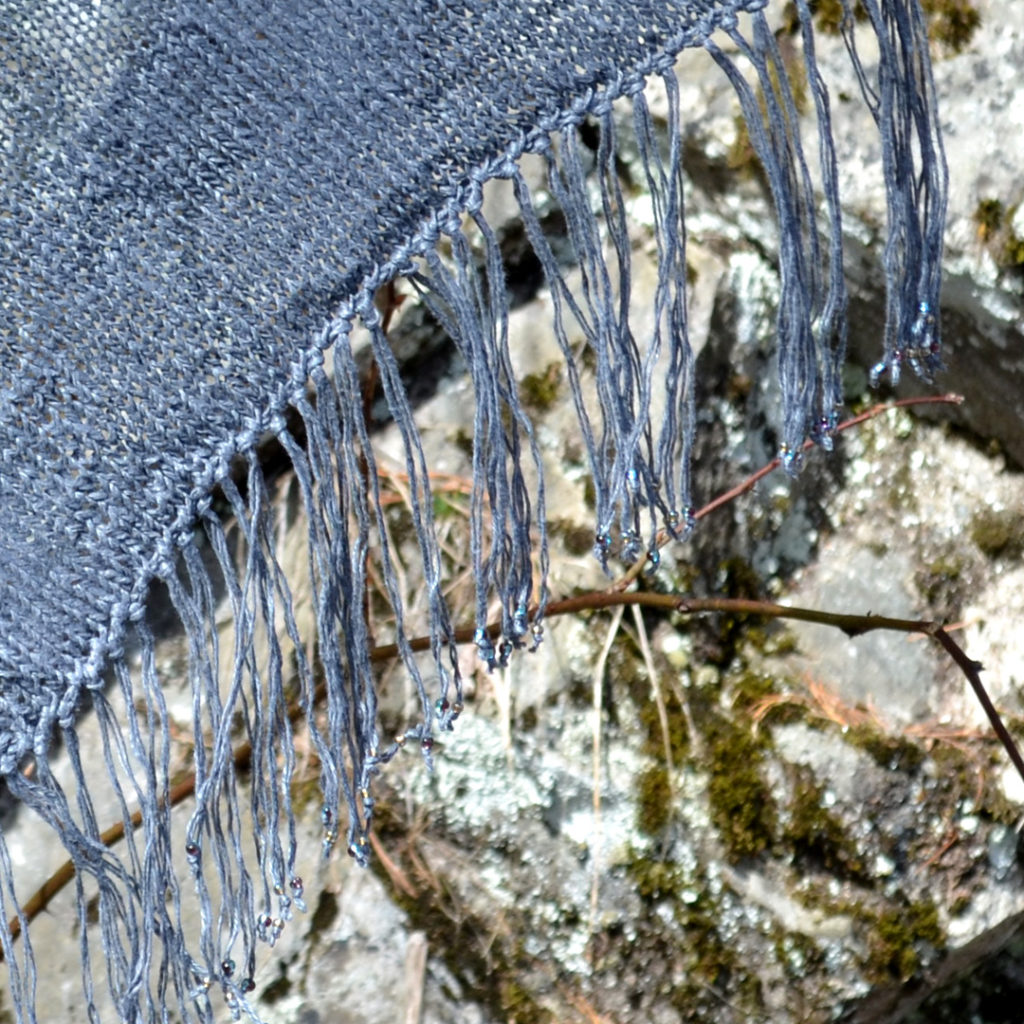 Sitting upon my blocking table with the pattern finished at the TE, this design sat from November through the warmest December and January ever, then through the freeze of February before we finally got to the photo shoot location. Unfortunately, the best laid plans of shooting it well before publication lead to the final shoot actually happening at the 11th hour. A combination of sick pup (really sick pup), weather, unavailable camera person on a constant repeating cycle saw week after week pass with this shawl staying on the blocking table. 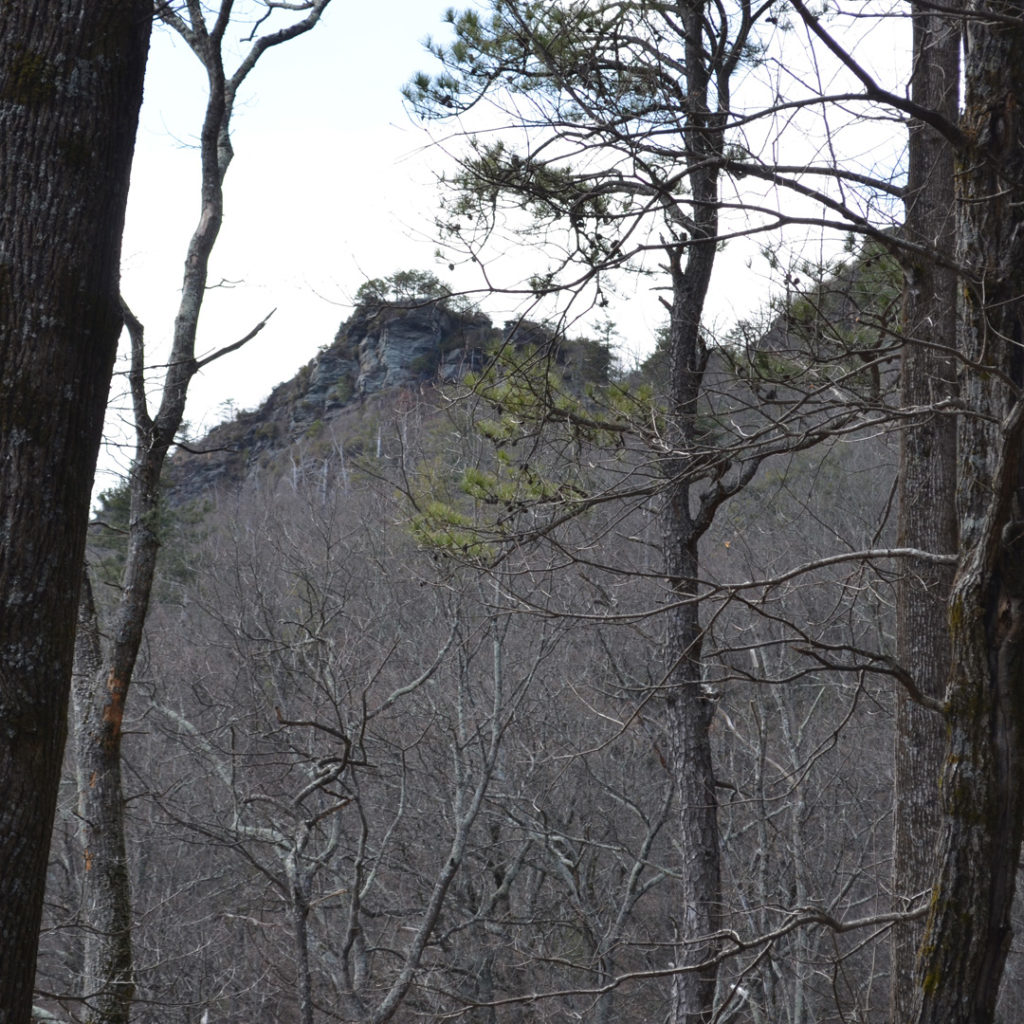 So, we decided to make up for all the hiccups, this design needed a special shoot. We headed up for “The Chimneys” because, ya, I’m punny and to me, stacks of books and chimneys, even the rock formation kind, go hand and hand. Our first attempt got us majorly lost inside the Pisgah National Forest… majorly! Since the road didn’t even show up on google maps, our brilliant plan was stay on it until it either dead ended at “The Chimneys” and we’d shoot and then turn around or it came out to another road. An hour of white knuckle “off road” style driving later, it was the latter. One joyous drive with camera mom, laughter, candy, and jokes… but like the long term on the blocking board, this shawl didn’t even make it out of the car. Total shots – 0!

Second attempt foiled by allergy reactions and the need to stay close to the throne… total shots – 0! 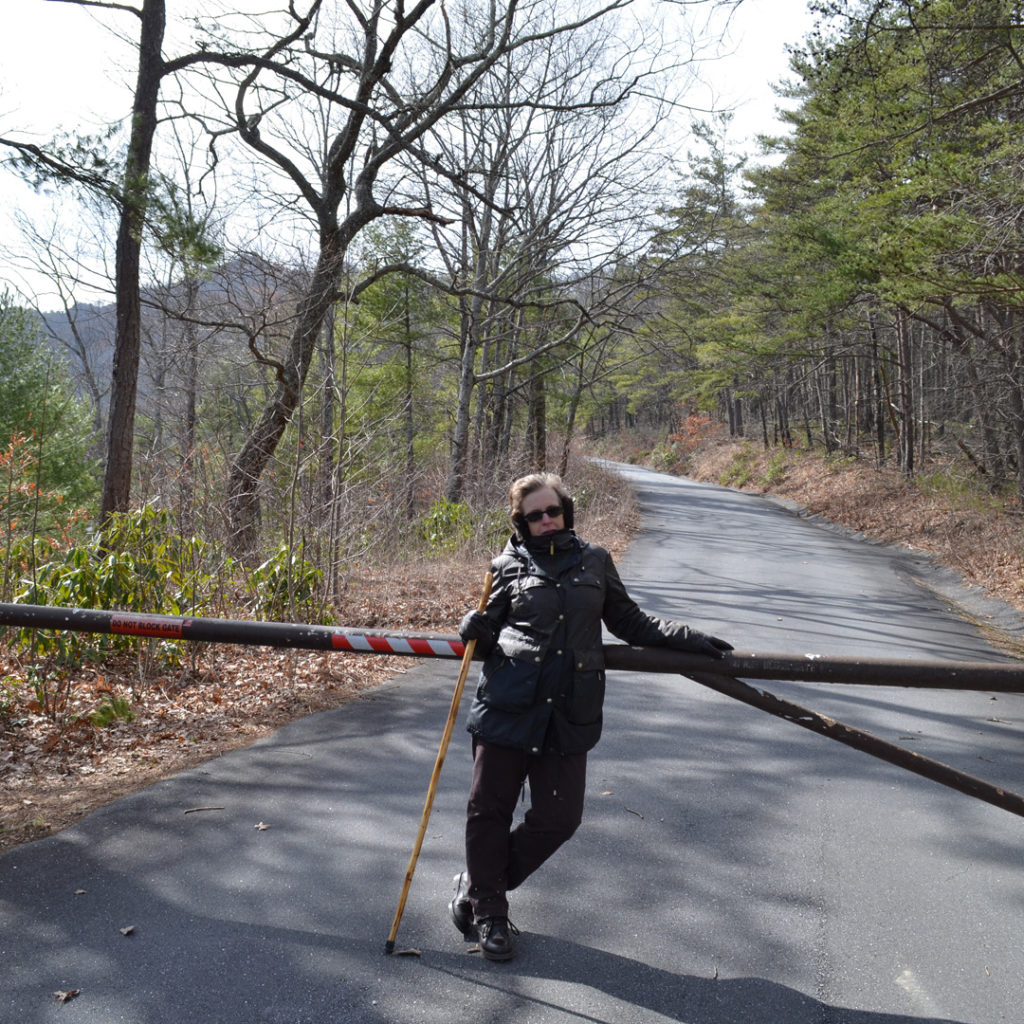 Third attempt, we found the destination… sort of. ROAD CLOSED. Well “The Chimney’s” didn’t appear that far away, not really from the car barrier and you are allowed to walk, just not drive, so we donned our winter (cotton) woolies (cause ya, it started to snow) and our hiking sticks. Camera mom and I started the hike up to Table Rock / The Chimney’s parking area. Yep, that’s right, we had to hike TO the parking area and then it was another 1.7 miles hike after we reached the parking area. 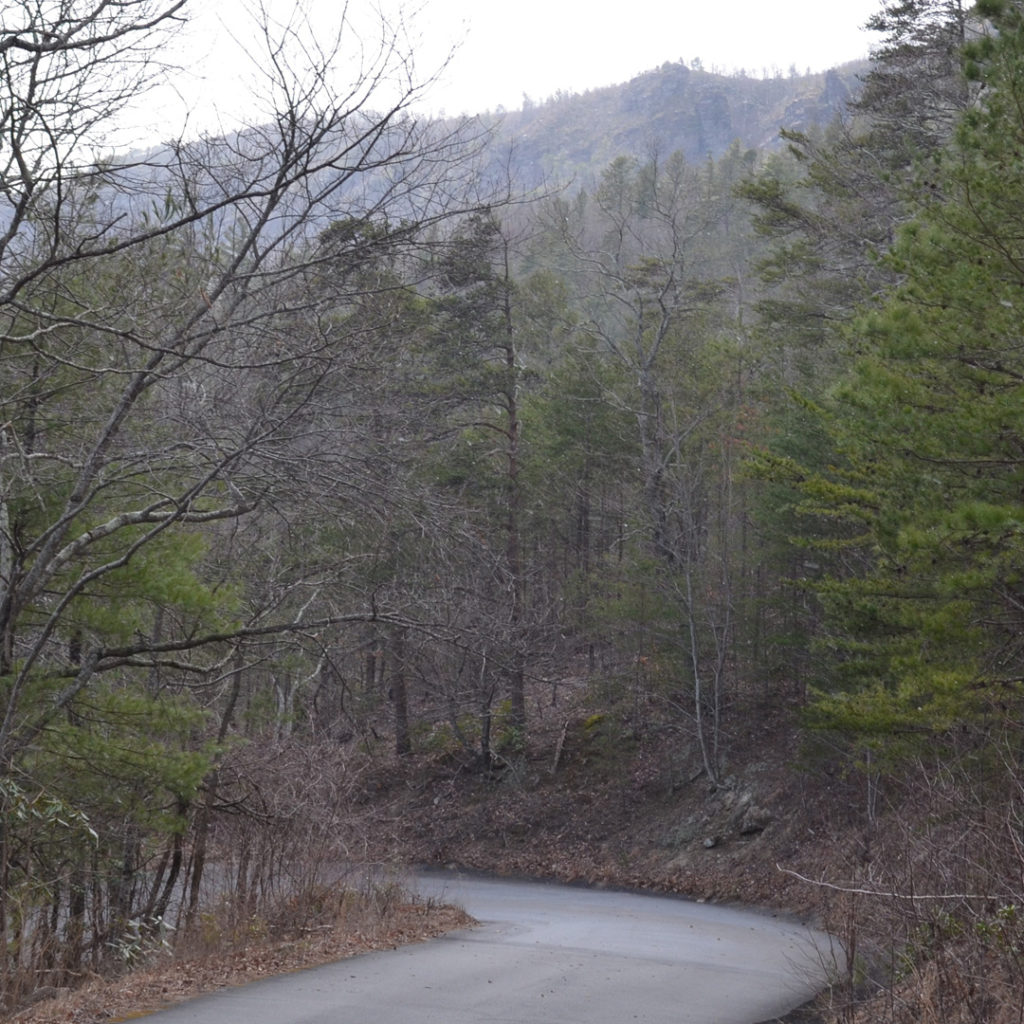 The switch backs were so long, I couldn’t even get two in view in the same show 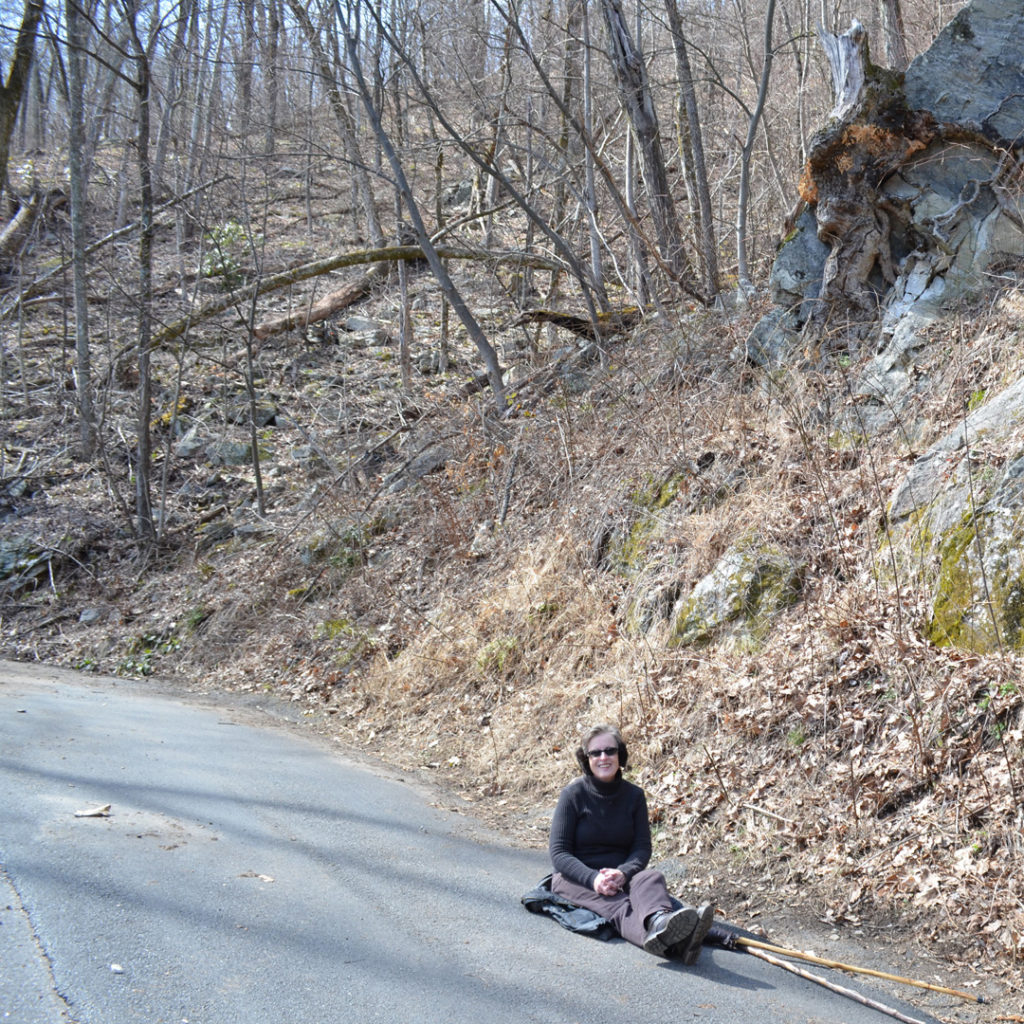 Things I thought I’d NEVER see in my entire life, mom voluntarily sitting on the ground… without a picnic blanket!

Cameramom, a verifiable “senior citizen” was having chest pupylations so I called it. BUT thankfully under the shadow of the promised Chimneys a beautiful rock formation. Total hiking distance about 4 miles.

Now a smart girl would have taken a shot at the beginning of the hike, but nope, it only occurred to me at the end, after total exhaustion – thank goodness for God sending snow!

I’m sure some smart person can use the two photos to calculate the distance we hiked given the changes of perspective on Table Rock mountain from “base camp” to “apex”, but I’m calling it 4 miles because it felt like a lot more, but the time stamps admitted it wasn’t any more. For non-NC natives, The Chimneys and Table Rock share a parking area… one is on the right and the other on the left. 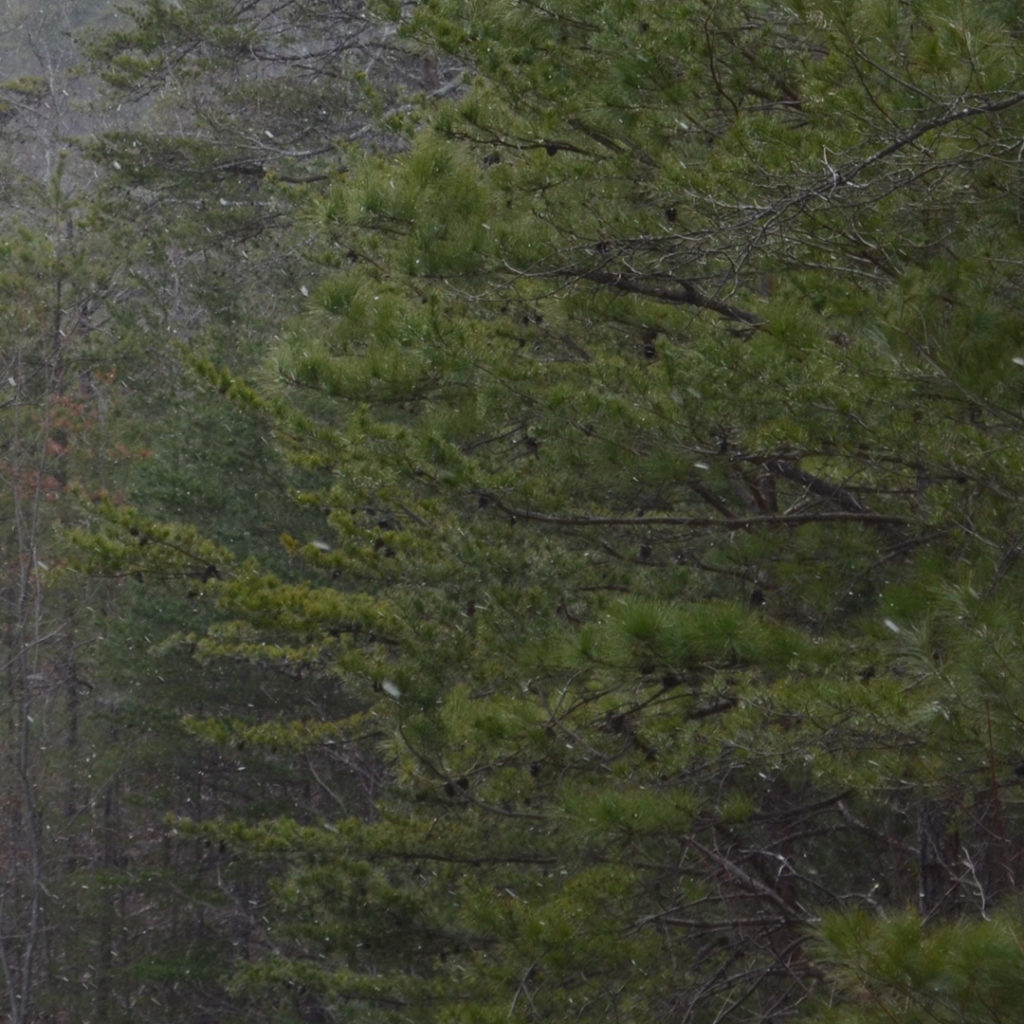 Beautiful snow cooled us off on our hike, but didn’t stick.

Total shots – 178!! Total laughs, triple that!!! Oh and guess what else they didn’t have (insert public toilet icon here… if I had one). Total participants to prove they aren’t city girls anymore … I won’t tell, if you don’t! 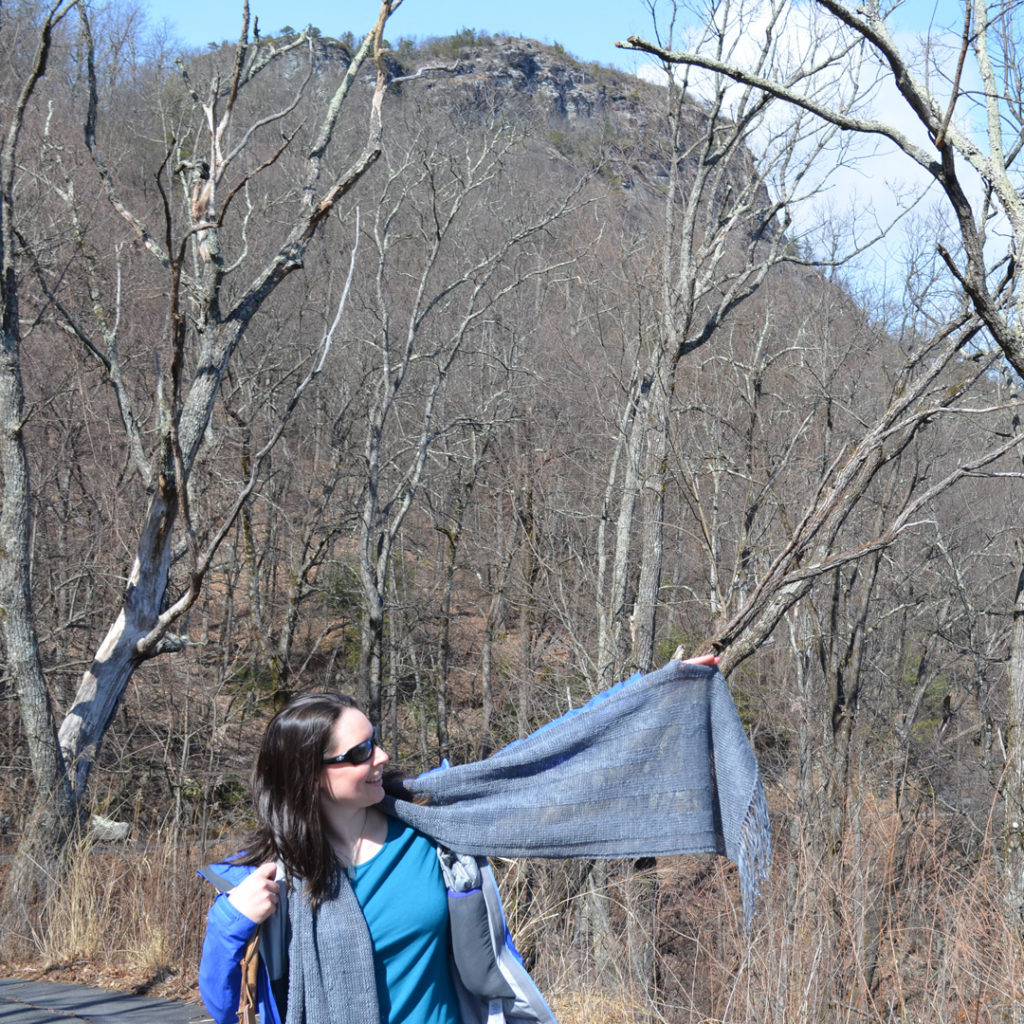 At the apex of our hike testing to see if we could actually get Table Rock in the background before going to all the effort of getting “photo shoot ready”. Yep, that’s one of those super warm vests stuffed in my jacket.

So, Prolegomena started off as one thing and twisted its story round and round my needles until God blessed me with memories abounding in every stitch! May your “The Stacks” shawl be just as memorable.