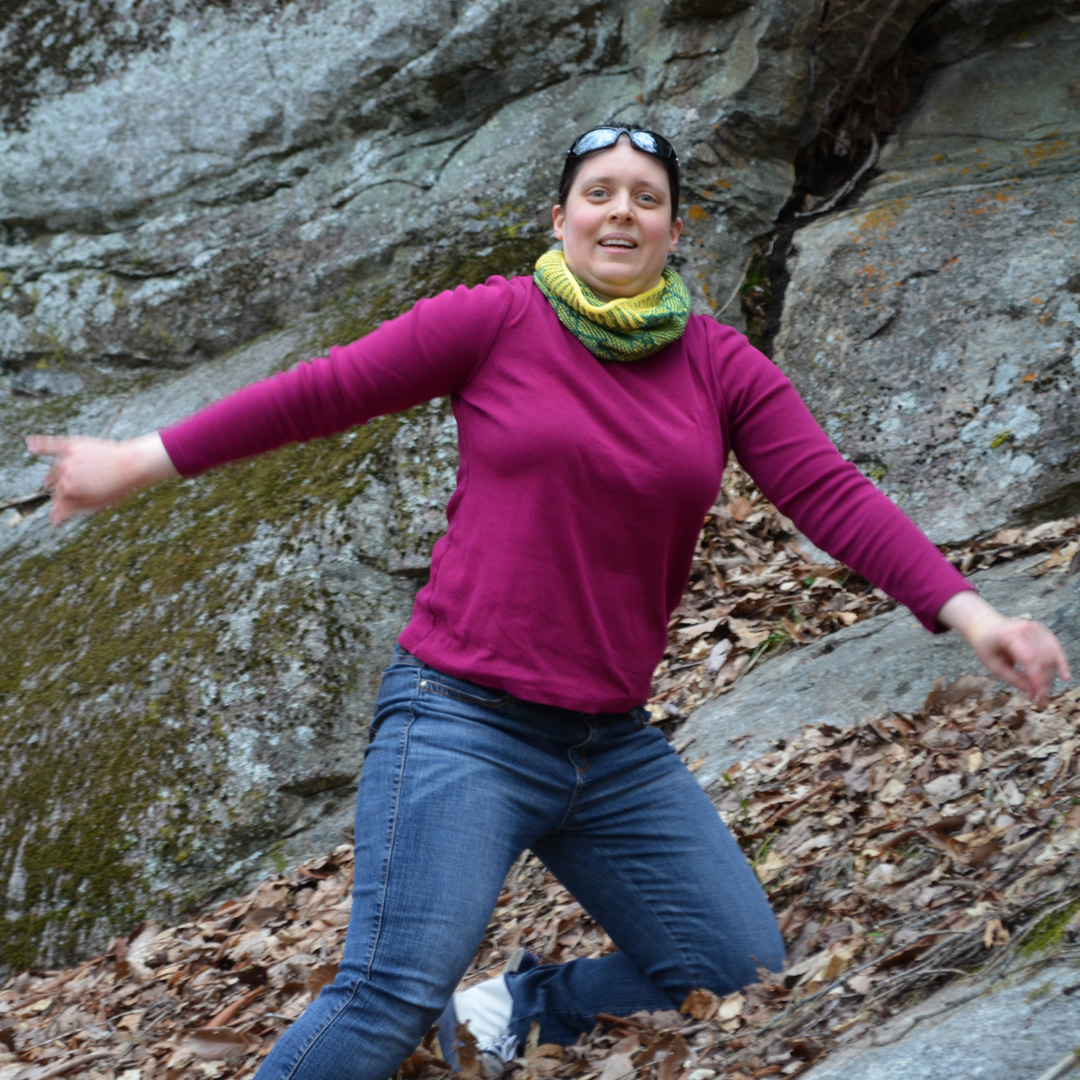 See the other 2 blogs in our mini-series: Slipping Behind the Curtain and Cheat Sheet.

Starting off easy the first three releases (Shadowlands/ Shadowlands Headband, Love Letters Cowl, and Vertical Hiker) all featured 2 and 3 stitch cables.  But in upcoming releases, the cables will stretch the imagination as the motifs grow in width.  Having a firm philosophy enables the expansion into 4, 5, and even more st cables.  The possibilities are excitingly endless!

Admittedly as fun and visually interesting 4, 5 and even more st cables are, they become a bit of a pain to express without overwhelming the knitter with long strings of numbers and letters.  Again, I headed to my hive of designers and TE for input.

A hearty “thank you” to those who listened to my dithering over syntax!!

As I went through many iterations, I found this the most understandable without being overwhelming. Working from Shadowlands/ Shadowlands Headband, the one thing lacking is the number of stitches to slip onto the cable needle at the outset.  This occurred previously but with only 3 sts involved, the issue wasn’t as apparent.  You simply looked at your stitches to see what needed to be done.  In fact, no one even mentioned the lack!  When in doubt the glossary is there to provide clarity.  But as the cables grew in stitch number, I was worried it would be more difficult.  My solution was tentative.  Adding another “/” in the #/#/# set up to indicate what sts are slipped.  #//#/# RC & #/#//# LC – everything after the “//” in RC is slipped to a cable needle & everything before the “//” in LC is slipped to a cable needle.

With the 4 & 5 stitch cable design all written, charted, and ready to go, one wise TE pointed out to me a major hiccup in my syntax –

“/” indicated “slip to cable needle”.  So, the concept of #/#/# was a bad one in that cable knitters could instinctively see the “/” “/” as requiring 2 cable needles!  Not at all accurate for these cable designs.

Coupled with the issue that the #/#/# and 3 letters between the cable direction letter structure proved to lack expandability.  Nothing more was to be done but to come up with a brand-new syntax that worked with how cables are already understood (rather deeply or simply mechanically).  So as “well planned” as Shadowlands/ Shadowlands Headband was, an 11th hour rewrite with new syntax was required.

As you can see the basic concept is the same, but the symbols changed.  I had options as to what the “+” symbol could be, but not wanting to tread upon already understood charting rules, the ones I liked best “,” and “/” didn’t make the cut.

Other options that did not already carry an innate knitter understanding included “|” “:” “-“ and “+” as well as special symbols.  I eliminated special symbols as from a writing POV, having to cut and paste a symbol into text as often as I use a cable would cause any designer, let alone me, to go batty!  Next, I took a spin in the “how easy is it to get the symbol confused” mobile.  “|” could easily be mistaken for a 1 or lower case “l” so that was out.  “-“ was eliminated due to the potential confusion of “how many stitches to slip”.  That left me with “:” and “+”.  As I thought about it, the “+” seemed ideal because you are adding those 2 numbers together in order to see how many stitches to slip to the cable needle!  Aesthetically I didn’t like how bulky the “+” is, but after much ho-ing and ha-ing, I decided aesthetics can get over it.

This review by one of the test knitters confirmed the “+” being the right choice!

Check out the next blog for a Cheat Sheet of the new easily expandable syntax!

But before we go, why do I talk about philosophy so much?  Because it’s the underlying structure that creates the “rules” which lead to consistency, repeatability, and expansion.  Hehe, my Philosophy degree might have a little to do with it too 😉.

I realized after publication, this is not a new technique, but it is an obtuse one.  During the FOYAL I saw a few patterns that appeared to do the same thing, so I picked up a few patterns to see how other designers charted and wrote they glossary terms.  I can’t show you theirs, copyright, but none go to the extent of customization that I take the time to create in order to visually express (especially in the charts) what’s happening without relying on constant glossary / key review to explain what to do.