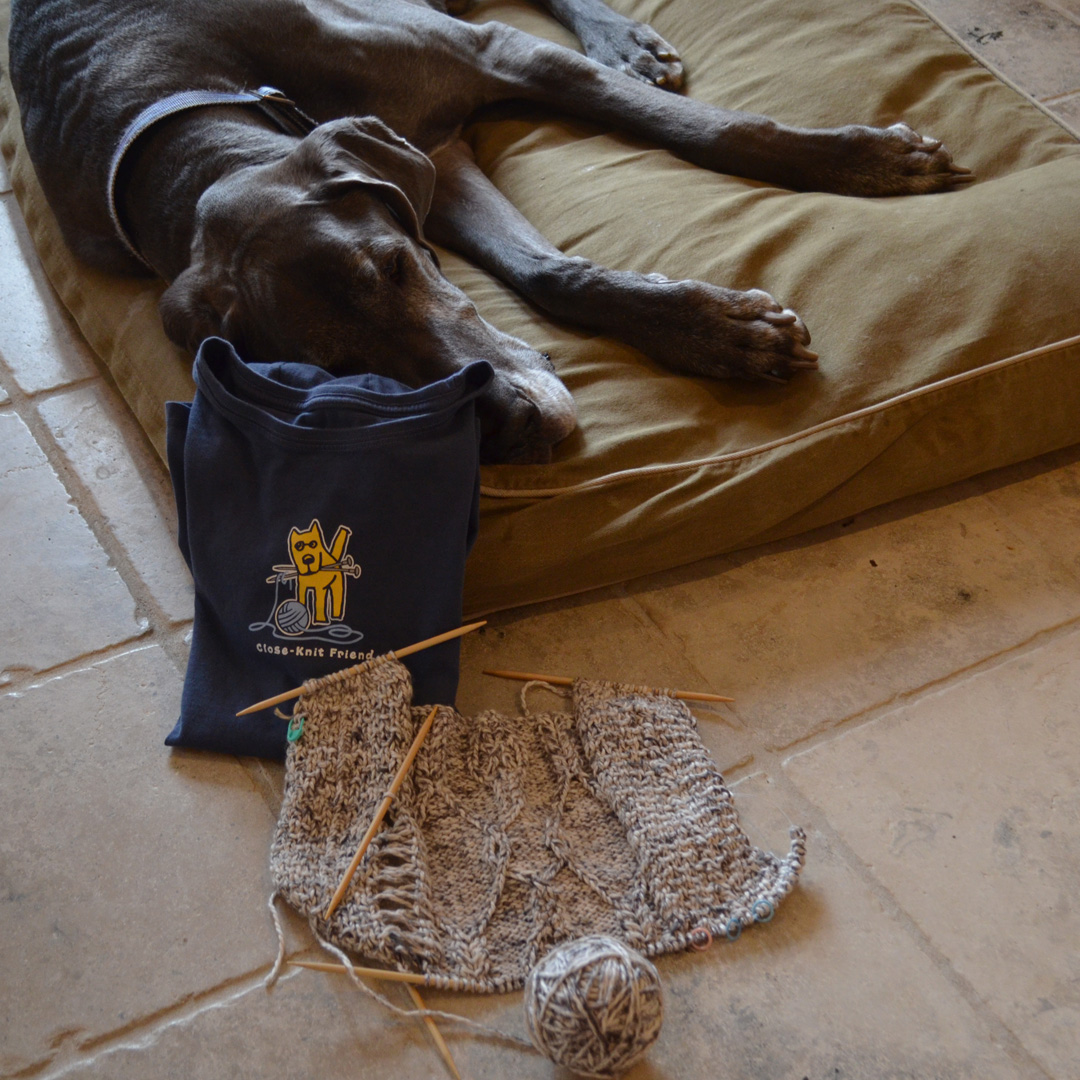 Sometimes things sound better than they look.  I didn’t start the patterning until after the short rows were over to keep the pattern writing concise – 3 simple stockinette short rows and then a nice long pattern set up across the back.

However, I didn’t like it, so took a couple of days to ladder down each affected stitch and start the patterning right after the cast on.

So much better, right!

With that fixed, now to edit the pattern without making the directions too complex.  I’m still working through the language on this, but in the meantime started the front.

Of course, as would happen on a highly patterned design, the sizes aren’t playing nicely together from a writing point of view.  Since I don’t want to publish 6 individual patterns (one for each size), it’s time to do a bit of manipulation so they follow the same directions (ultimate goal) or at least can be group together (acceptable goal).

The last few weeks have seen the little grey cells in fog, so this project is on hold until mental clarity returns.  But I wanted to update you all on the progress as there has been some – especially…

Oh, so much since I last wrote!  Like the sweater, the month of November was met with many delays having 3 concrete pours planned that never materialized.

With great thankfulness, the weather held minimally warm enough and walls were poured in December just 2 days before camera dad returned for Christmas!

Looks like both these projects will be continuing in the New Year.  So, stay tuned for more of the design story in 2022!