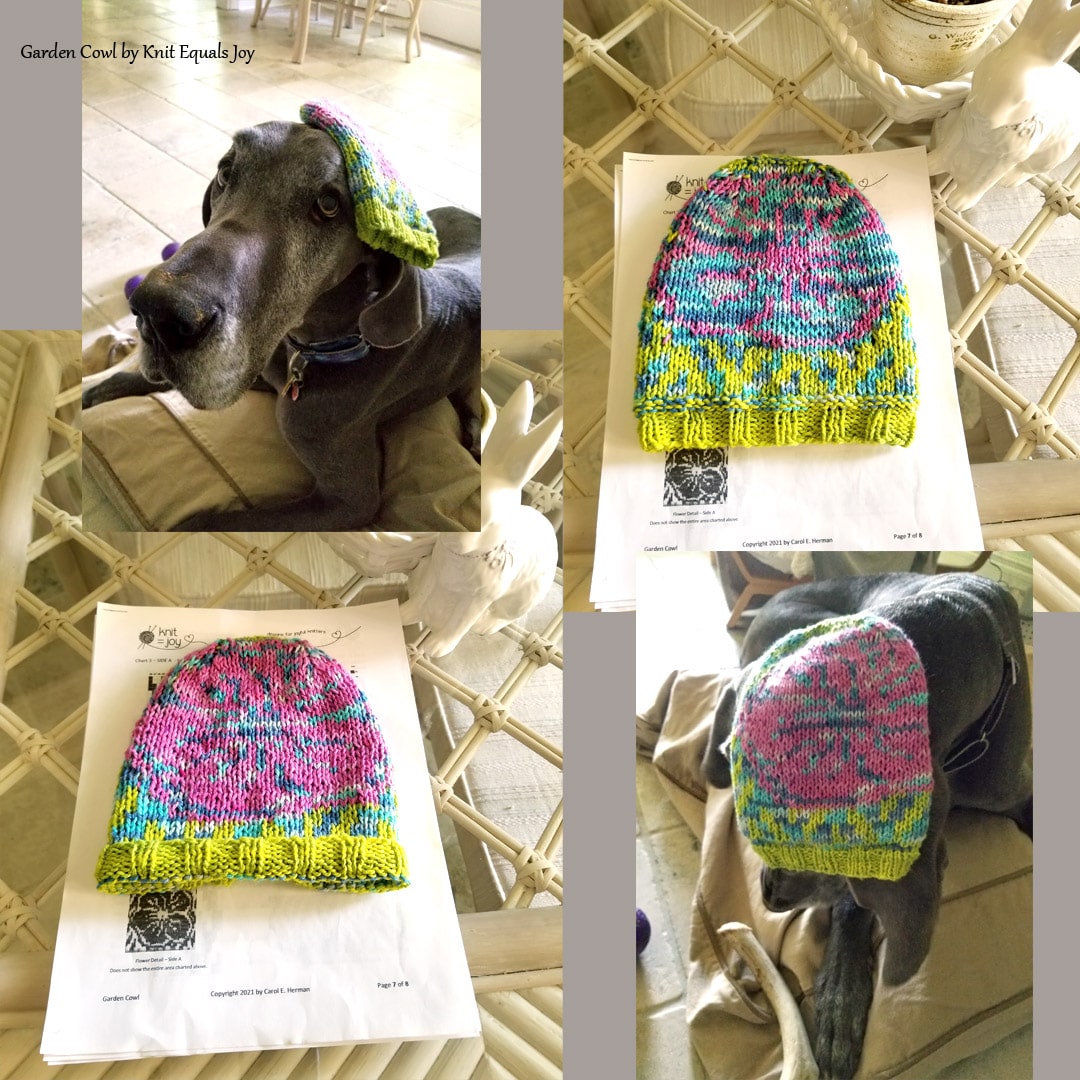 Such a wonderful event Ruth Brasch created in her uplift make along.  Thank you for joining me in uplifting so many indie designers (myself included)!  As it ends, I wanted to recap the final projects I made in this off Rav event.

“Garden Cowl” by Knit Equals Joy, aka Carol Herman… yep, I took a bit of designer license and turned her stunning hibiscus flower into a baby hat.

Not one for “easy” knits – I converted the directions to double knitting as cotton doesn’t float well, worked faux flat using “Zip As You Knit” technique, and tossed in an additional color to beat yarn chicken.

This was a test knit so again took creative license to test the entire scarf with the single skein I had.  (The ending result not so pretty, but tested the entirety of the directions.)

With the UMAL’s extension I snuck in one last project, “Deal Me In” by Talitha Kuomi knit in both of the blues that arrived from The Great Adirondack Yarn Co’s organic cotton.

These cables were such fun!

Thanks for joining us in the UMAL!  Happy knitting 😊.