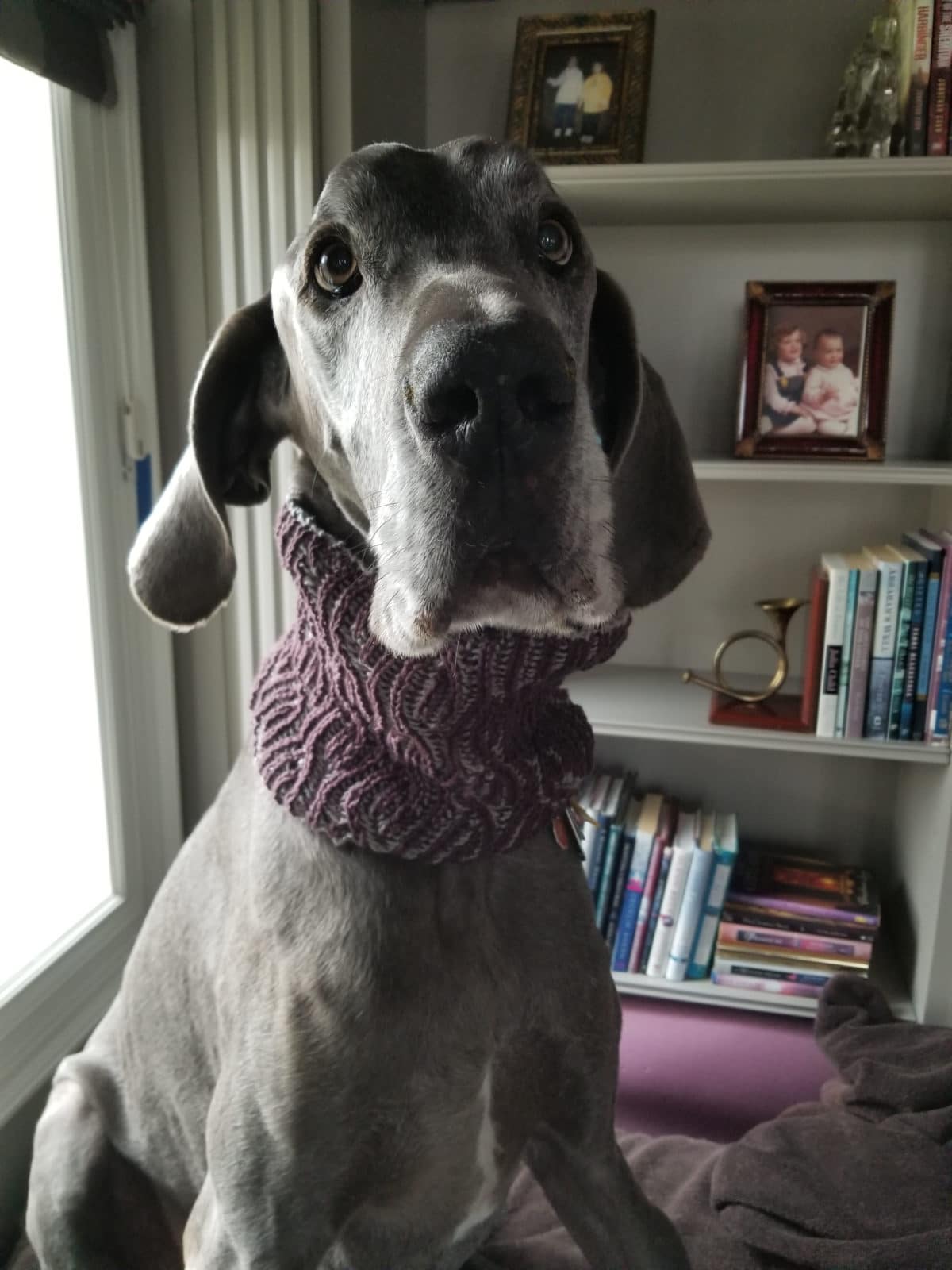 Month 2 of the Uplift Make Along (UMAL) has come to an end.  My dessert knitting resulted in some rather delicious FOs!

First off my needles was Rolling Tide Cowl by (new to me) designer Yvonne Poon.  I saw this collection’s release a few months back and the brioche whispered sweet nothings to my knitting needles.  When I saw that Yvonne was a participating designer, I knew exactly what to cast on while I awaited the yarn arrival for my “Garden Cowl” (by Knit Equals Joy). I enjoyed working the project and loved learning something new – the sewn bind off for brioche knitting!

Still stalking the mailman, I was able to sneak in another design.  “A Matching Hat” by one of my favorite “quick knits” designers, Barbara Benson (Tumped Duck) leaped into my payhip cart.  I loved the easy repeat she developed and how she paid attention to the smallest details – check out that crown!

I also loved one of the making stories… Puddles was/ is working on his car skills.  We took a drive and I told him as soon as he settled back down from the bumpy gravel road we could get out and explore.  Expecting at least 20 minutes of knitting time, I pulled out “A Matching Hat”.  The little imp let me knit like 7 stitches.  He settled right in (with his rescue remedy) and awaited his reward.  Well, I may not have gotten much progress, but seeing him enjoy his exploration was worth tucking the knitting away!

Sadly, the yarn I ordered didn’t come in the color purchased and the two that arrived lacked sufficient contrast for my main UMAL project “Garden Cowl.”  But it lead to seeing what “Garden Cowl” wanted to become.  After a few false started (ie I realized yarn chicken would be lost), the stunning hibiscus Carol designed said it wanted to become a baby hat!

So, a little pattern engineering took the intarsia design, converted it to double knitting with 3 colors worked in the round and flat at the same time using “Zip As You Knit”.   I’m thoroughly enjoying it!  The complexity of everything going on at once means knitting happens in short spurts.

Concurrently I signed up for Christine Guest’s daughter’s first design “Nicondo”.  I’m swatch-testing, but love the rhythm of the piece she created!

One final bit of fun semi-related to the UMAL… Knit Blindfold Challenge.  Have you tried it?  Tag us in your posts – it’s such fun!

The UMAL runs through the end of June!  Cast on and join the fun!!