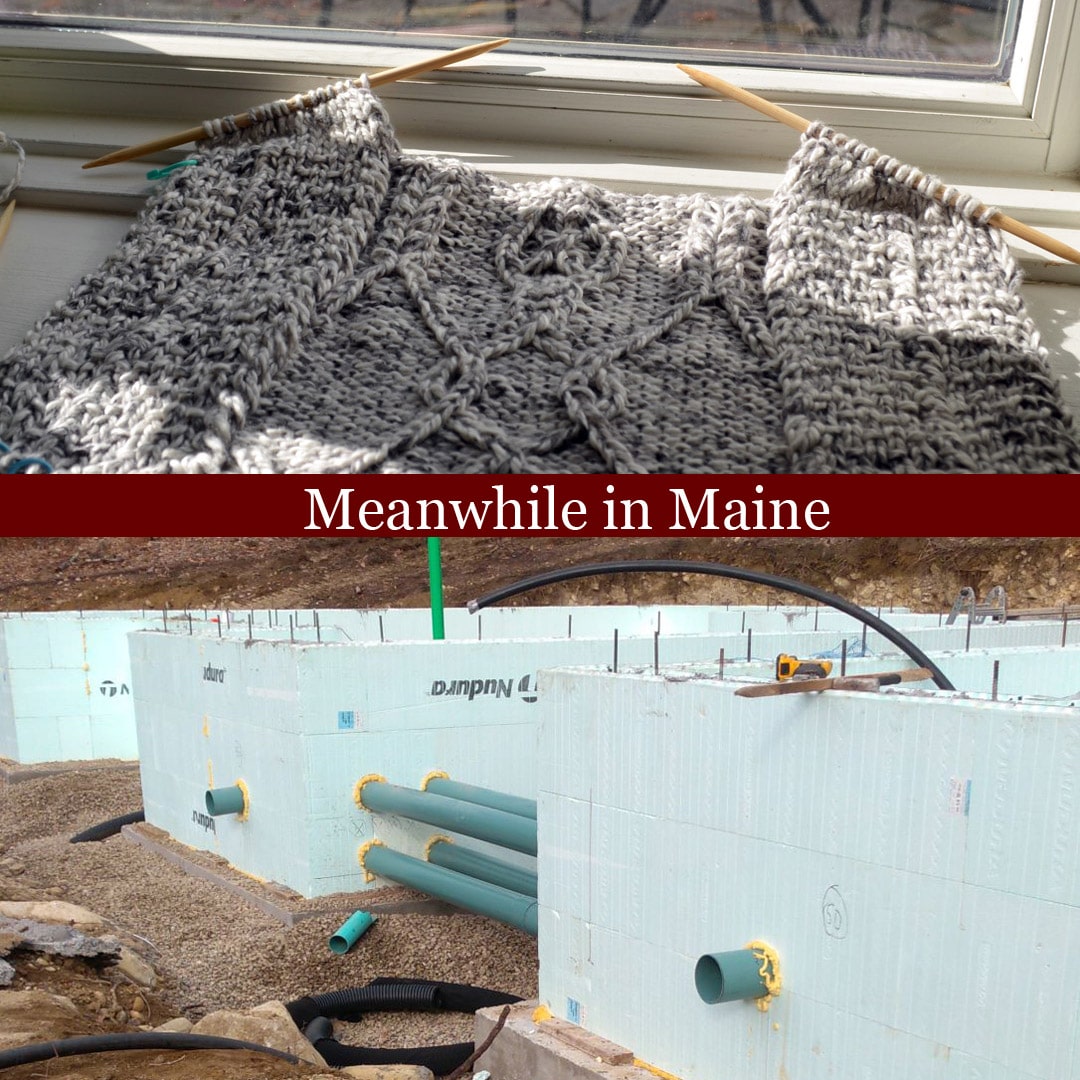 After a few false starts…
dyslexia – boo, hiss 😉
counting – yes, I can count, most days 😉
not following the directions I’d spent time writing out – designer brain, take a break 😉

The sweater is underway!

The back to the ‘join in rnd’ part is complete, which gave me an opportunity to test the full length of the chart once through.

I caught a few charting mistakes – oops that’s supposed to be a purl.

And made one minor change to the condensed chart.  Okay, this get’s into the fun “philosophy of the design”.  The entire chart featured 1×1 cables.  Where I’d cut the chart down I made a 2×2 cable detail.  Boy did it stick out like a sore thumb!  So the design philosophy for this sweater will be all 1×1 cables!

Now to write the front to the join.  I’m inkling an idea, ya, that designer brain that won’t shut off.  In my swatch of keys there was a shape I fell in love with.  I may be adding it near the hem, but then the thought “hmmm, what about up at the shoulder as well”?  We’ll see how the math plays out and let that be the determining factor.

Remember the walls that were nearly up to the workers’ heads?  Well, all that is now underground!  Yep, in Maine we have a deep frost line.  All that work was part of the footers.  The cavity got pipes and then filled with sand.

One of the things I’m most excited about the build is those pipes between the house and the “utility building”.  This “little” problem was one that the architect chewed on for a long time!  In our current house we bunkered the utilities, but with my level of sensitivities it was still problematic, so I was emphatic about having them completely separate.  Due to the Maine winters, the solution was to pipe underground.  In a Southern climate, piping across the rooflines would be much more economical.  The distance is about 8’ and those are conduit pipes for the water (hot and cold) and electrical / telecom lines.

Once the rain stops will be starting the floor and walls!