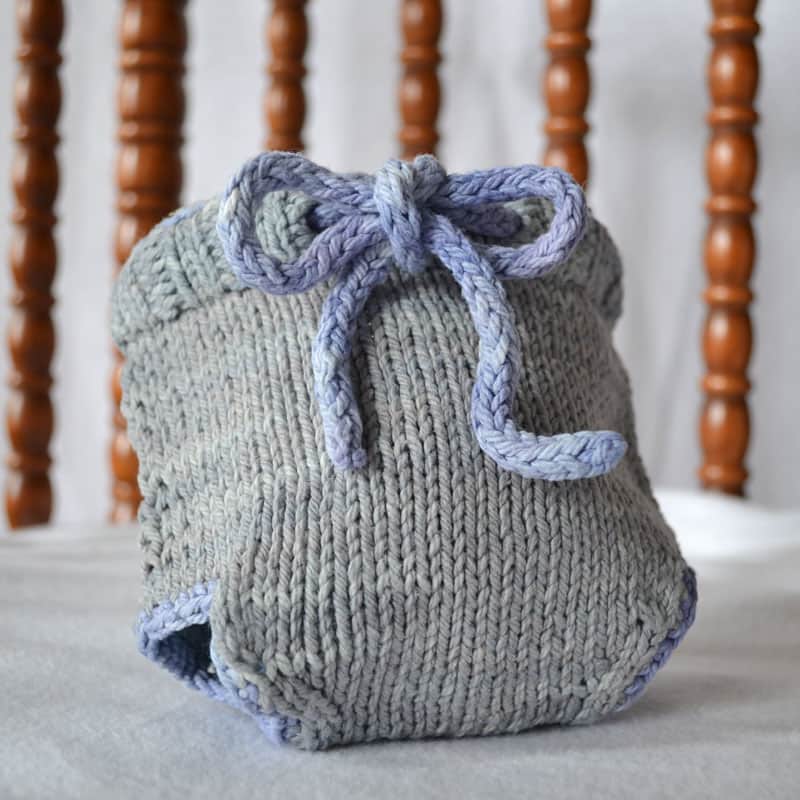 According to Solomon, “there is nothing new under the sun” (Ecclesiastes 1:9), and who’s to argue with that most wise of men? So accordingly TPTB created a “Flash of Genius” test for claiming a technique as such. The following is the story of my flash of genius that resulted in my Zip As You Knit (TM) technique.

Years back I ran a test for a headband with color work. Due to the nature of cotton and the fact it doesn’t felt, I offered it as a work flat and seam design. One of the testers was substituting wool and asked if I minded if she worked in the round. Of course, I didn’t, but I was SO jealous! You all know how much I hate finishing work, like seaming.

Jump forward a few days and my illness got the better of me and stuck me in bed with a migraine for 3 days in total darkness and silence until it went away. When I’m laid up I like to give my little grey cells a problem to solve, if only to temporarily distract from the blinding pain. I set the issue to them of how to work in the round and work flat at the same time so that cotton lovers could enjoy intarsia as much as animal-fiber knitters without messy work on the wrong side or puckering yarn carries.

In and out of the pain I thought about this problem, analyzed different options, “knit” in my head, and God eventually sent the idea which became Zip As You Knit (TM).

Interested in trying it out? Grab your copy of k2tog by God to see it in action and give it a go! I’d love to hear from you on how you like the faux round knitting experience… especially you eco animal-fiber free yarn lovers.

Why “re-introducing? When I curated my shop last April one of the patterns that ended up in the vault featured my Zip As You Knit(TM) technique. So “k2tog by God” diaper cover/ soaker re-introduces the technique… this time with a photo tutorial!